SMARTELECTRODES project is targeting elaboration of advanced materials/systems covered under umbrella of “smart” electrodes, which can bring significant assets in several important electrochemical/electrophysical applications as catalysis/electrocatalysis, sensoring, thermoelectrics, electrowinning, electrochemical machining and electrospark alloying. The socio-economic impact and the wider societal implications of the project ensue from practical importance of the need of materials for clean renewable energy and clean water from. Thus, electrodes based on chalcogenides and iron group metals were obtained and tested for several applications:

1. Contemporary research on renewable energy often considers hydrogen as a potential alternative to fossil fuels as an energy source. 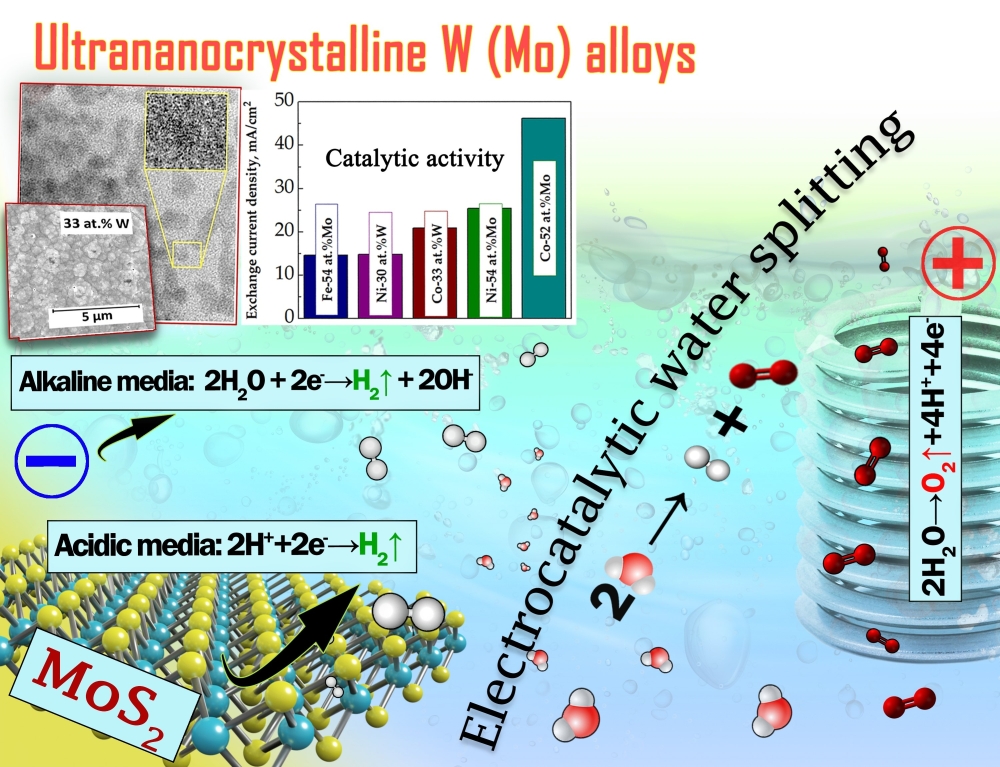 A convenient and environmentally-friendly way to produce molecular hydrogen is electrochemical water splitting. The process can also be easily adapted to work complementary to renewable energy sources such as wind power or solar energy. The kinetics of water splitting efficiency depends on the catalytic activity of the electrocatalysts. Electrocatalysts can be active either in the acidic or alkaline media, dependently on the mechanism of catalytically active sites formation. Hydrogen evolution reaction (HER) catalysis systems mostly rely on noble metals, such as platinum, palladium, gold, silver, etc. However, rising costs for these raw materials, their scarcity and high price with a damaging effect on the economy leads to the search of the cheaper and more sustainable alternatives. In this view, catalysts based on electrodeposited molybdenum disulfide (MoS2) thin films (acidic media) and W/Mo based alloys with iron group metals (alkaline media) with the special emphasis on the alloys having high refractory metal content (≥ 30 at.% of W or Mo) were evaluated for HER.

2. Interest in new chalcogenide materials of nanostructured tellurides and selenides has grown recently with the rise of need of materials for clean renewable energy. Electrochemical preparation of chalcogenide heterostructured nanomaterials benefits from the opportunity to control precise at the atomic level of the heterostructure formation using the so called “underpotential deposition”. Thus, we developed a knowledge-based electrochemical assembly of semiconductor chalcogenides, such as bismuth telluride which is one of the best thermoelectric materials performing at room temperature. 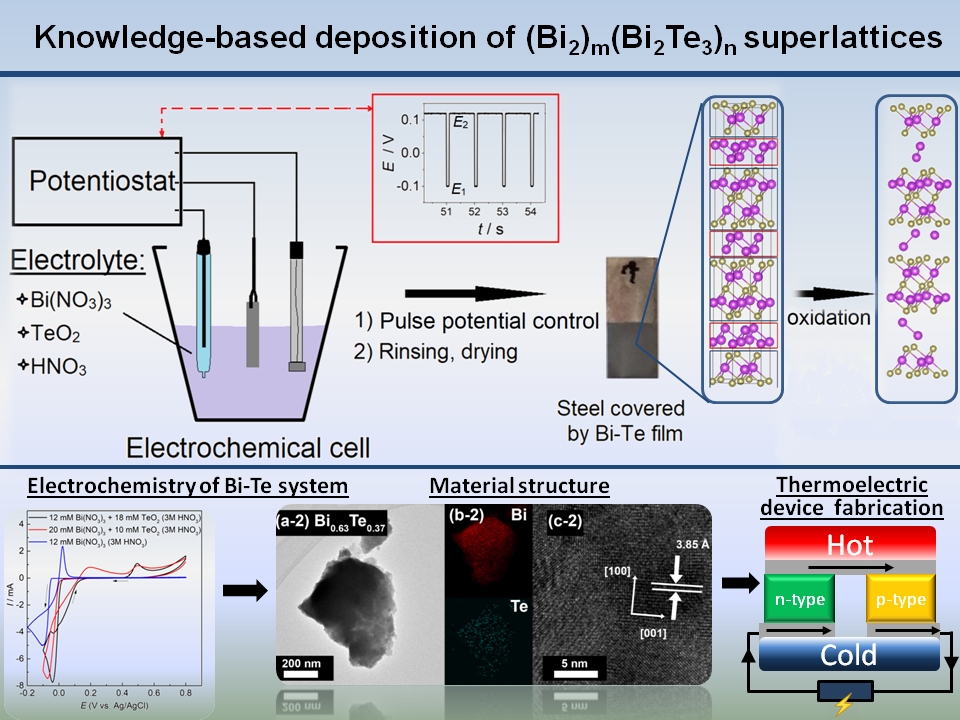 3. With the ever-growing number of people in the world, clean, safe to drink and use water is becoming a commodity. Last step in cleaning of the water usually is disinfection, using chlorine-containing reagents. Chlorine is very toxic to people and in contact with various organic substances, can form carcinogenic or toxic substances, and so close monitoring of free chlorine in water is needed. 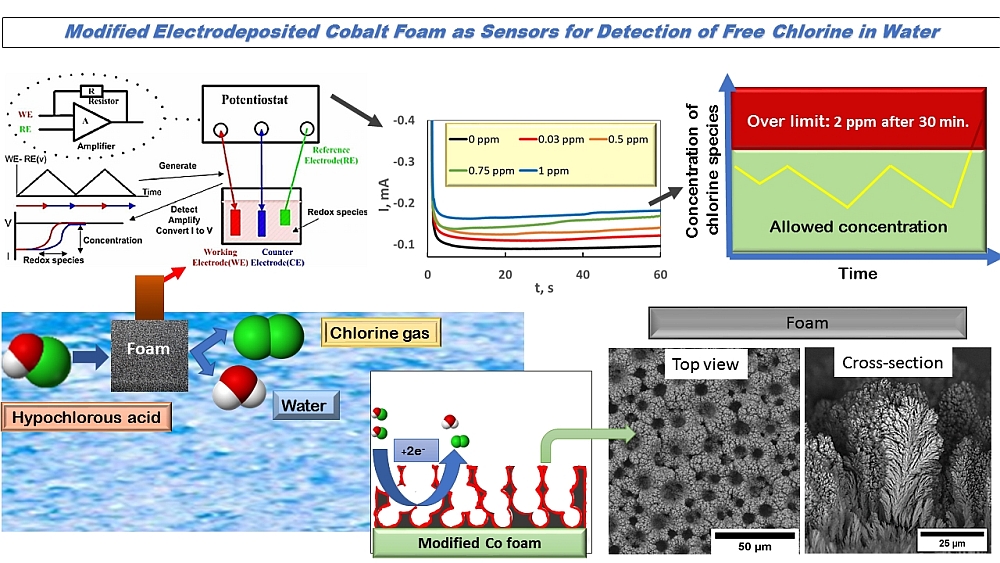 The results of performed research partially or in major part contributed to publish a number scientific papers and presentation of them at international conferences (the details can be found at dissemination &communication section https://www.smartelectrodes.eu/). 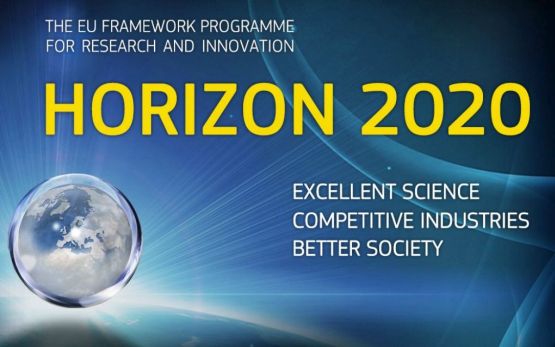 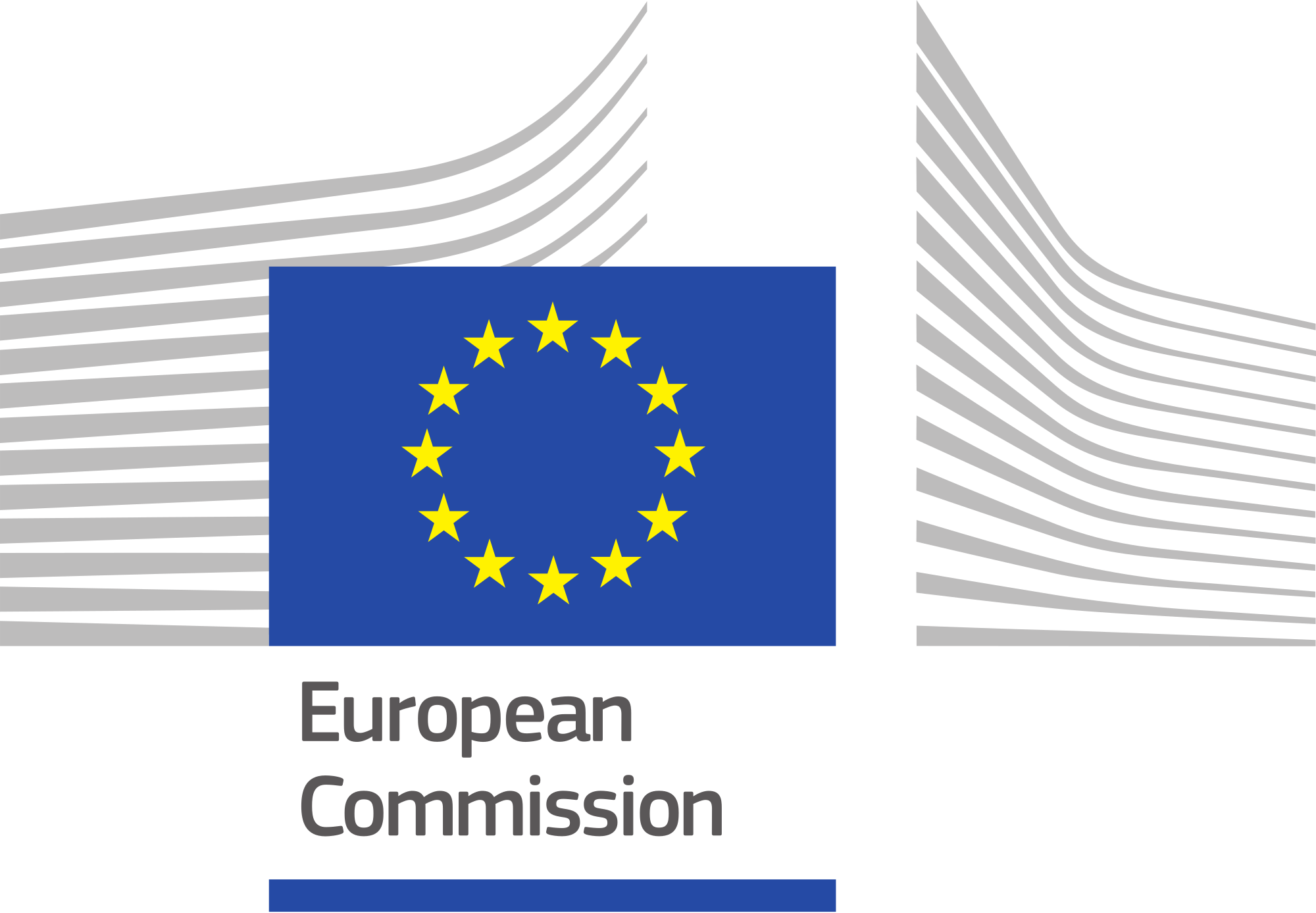 Copyright © 2018 SMARTELECTRODES
We use cookies to ensure that we give you the best experience on our website. If you continue to use this site we will assume that you are happy with it.Ok